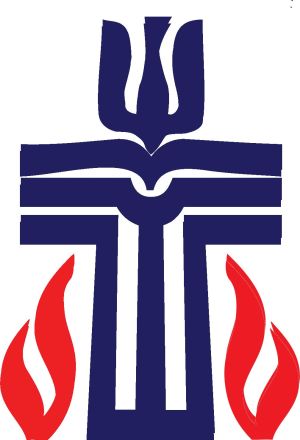 Blanche Torrey Wiggs Carper died on August 26, 2019, surrounded by family in her youngest daughter’s home in Black Mountain, NC.  Blanche’s strong faith, love for the Lord, prayer life, and sweet loving spirit were an inspiration to those who knew her.  Her good sense of humor continued until near the end, bringing smiles and laughter to her family and friends.

Blanche was born on September 4, 1921, in Elberton, GA.  She attended high school at Wheaton College Academy in Illinois.  Her undergraduate degree was from Columbia Bible College (Columbia International University) in Columbia, SC. After two years of teaching Bible in the public schools of Bluefield, WVA, she spent three years of nurses’ training in Chicago, followed by 14 months in Belgium at the Institute of Tropical Medicine. Blanche then served as a long-term medical missionary in the former Belgian Congo, Africa (later called Zaire, now the Democratic Republic of Congo).  Blanche was commissioned by the Presbyterian Church in the United States (now PCUSA).  On December 31, 1952, she was married to Rev. Day Carper, also a missionary in Congo.  Day preceded her in death on October 7, 2009.

Blanche worked as a nurse in hospitals, rural dispensaries and villages in Congo, providing health care and clinics for adults and babies, giving immunizations, teaching parents about good nutrition, and doing so much more.  Blanche and Day retired from their mission work in Congo in 1972.  While Day served as an associate pastor for visitation at First Presbyterian Church in Hickory, NC, Blanche was employed as an RN at the hospital. She was also actively involved at the church, where she was honored with a lifetime membership in the Presbyterian Women’s Organization.

In 1977, Blanche and Day moved to the Asheville area, and continued to stay involved in their local church, as well as helping with service projects in the community.  In 1980 and in 1981, they served as Volunteers in Mission at the Presbyterian/Episcopal Sainte Croix Hospital in Léogane, Haiti. Blanche was ordained an Elder while a member of Westminster Presbyterian Church in Asheville.  Her volunteer work included service at the Manna Food Bank, in the gift shop at Givens Estates Retirement Center, making blankets for “Project Linus,” as well as preemie gowns and caps for “Dress a Blessing.”

In 2012, Blanche moved to Athens, GA, to live with her youngest daughter, Edie, and her husband, Joe.  In 2015, she moved with them to Black Mountain, NC.  As her physical limitations increased, her life continued to be filled with the daily enjoyment of prayer, reading the Bible, watching birds, and admiring the beauty of God’s creation.  She also enjoyed frequent visits from members of her large, loving family.  An added joy in recent years was getting to spend time, almost on a weekly basis, with two of her great-grandchildren, Abigail and Micah Covert.

In addition to her parents, Blanche was preceded in death by her four siblings.  She is survived by her 5 children:  Frances Carper Lovell (Eugene) of Maryville, TN; Stephen Kessler Carper (Maydell), of Marion, NC;  Janet Carper Jones (Robert) of Matthews, NC;  Elizabeth (Liz) Carper Iverson (William) of Blue Ridge, GA; and Edith Carper Covert (Joe) of Black Mountain, NC; plus 9 grandchildren and spouses, and 14 great-grandchildren.

A celebration of Blanche’s life and ministry will be held at the Black Mountain Presbyterian Church on Sunday, September 1, 2019, at 4:00 p.m.

In lieu of flowers, memorial gifts may be given to:

Penland Family Funeral Home is honored to be caring for the Carper Family.

To send flowers to the family or plant a tree in memory of Blanche Torrey (Wiggs) Carper, please visit our floral store.