Share a memory
Obituary & Services
Tribute Wall
Read more about the life story of Dorothea and share your memory.

On the morning of January 9, 2023, Dorothea Joan Moser died peacefully at the home of her companion Christa Bridgman and son Christopher.

Joan is survived by her siblings Artus, Jr. and  Irene. Born December 5, 1935, in Middlesboro, KY, Joan was the oldest child of teachers Artus Monroe Moser, Sr. and Mabel Young Moser, both North Carolina natives now deceased. Joan will be greatly missed by her brother and sister, six loving nephews and nieces, seven grandnephews and grandnieces, her many students within and beyond the local region, and colleagues in Appalachian Studies, music, and folklore.

Joan developed her musical skills early in life through guitar and bassoon; and encouraged the musical interests of her colleagues, students, and her own family. She graduated from Lee H. Edwards High School and received her AB in Music Education from UNC-G, MA in Musicology UNC-CH, and PhD candidacy in Ethnomusicology U of Michigan.

Her honors include a Fulbright Fellowship, Oslo University, to study Traditional Music and Folklore of Norway, The NC Folklore Society Brown-Hudson Award with her sister Irene, and prizes for the Mountain Women’s traditional old-time band. She wrote articles on folk music, folklore, and local medicinal plants. She authored a groundbreaking Master’s Thesis on such noted Appalachian fiddlers as Western NC’s Marcus Martin and Byard Ray.

Having taught in the music department at Brevard College for several years, she was invited to Warren Wilson College in 1977 where she established a successful Appalachian Studies Program. After 25 years she retired to her home in Wilson Cove, Swannanoa, where she continued to work to preserve the wildness around her on her family’s conservation easement. Per her request, Joan’s ashes will be scattered on her beloved mountain among the native plants

The family thanks Karlee Fish (Brightstar Care), Memory Care and Four Seasons Hospice for their gentle care of Joan in her final days. A celebration of Joan’s rich life will be announced at a later date.

Online condolences may be made at: www.penlandfamilyfuneralhome.com.

Penland Family Funeral Home is honored to be assisting the Moser family with arrangements.

To send flowers to the family or plant a tree in memory of Dorothea Joan Moser, please visit our floral store. 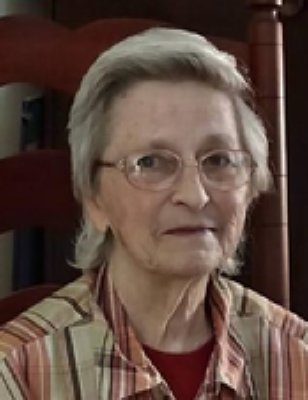 Look inside to read what others
have shared
Family and friends are coming together online to create a special keepsake. Every memory left on the online obituary will be automatically included in the book.

Family and friends are coming together online to create a special keepsake. Every memory left on the online obituary will be automatically included in the book.

You can still show your support by sending flowers directly to the family, or by planting a memorial tree in the memory of Dorothea Joan Moser
SHARE OBITUARY
© 2023 Penland Family Funeral Home. All Rights Reserved. Funeral Home website by CFS & TA | Terms of Use | Privacy Policy | Accessibility