Share a memory
Obituary & Services
Tribute Wall
Read more about the life story of Eleanor and share your memory.

Eleanor was born on October 3, 1923 to James Riley Padgett and Jessie Ann Burnett Padgett.  In addition to her parents, she was preceded in death by her husband, Robert Landers; and a  brother, James Robert Padgett.

She is survived by a daughter, Tiphaine Worley; her sister-in-law, Gloria Padgett; and nephew, David Padgett.

A true daughter of the Swannanoa Valley, Eleanor had family ties dating back to her grandparents, W.H. “Champ” and Elsie Burnett, early settlers of the North Fork settlement and her paternal grandparents settled in the Valley in the early 1800s. Eleanor is a United Daughter of the Confederacy.

After graduating from Black Mountain High School, during WWII, Eleanor served her country by enlisting in the Navy Women’s Accepted Volunteer Emergency Service. After her service, she attended and graduated from the University of Tennessee Medical and Dental College in Memphis. She moved to Florida to pursue her career as a Dental Hygienist, working for over 30 years. While living in Florida, she became a golfer and was a member of the West Coast Women’s Golf Association for over 20 years.

A private service will be held in the columbarium courtyard at Black Mountain Presbyterian Church.

In lieu of flowers, memorials may be made to Asheville Humane Society, 14 Forever Friend Lane, Asheville, NC, 28806.

Online condolences may be made at: www.penlandfamilyfuneralhome.com.

Penland Family Funeral Home is honored to be assisting the Landers family with arrangements.

To send flowers to the family or plant a tree in memory of Eleanor Ruth (Padgett) Landers, please visit our floral store. 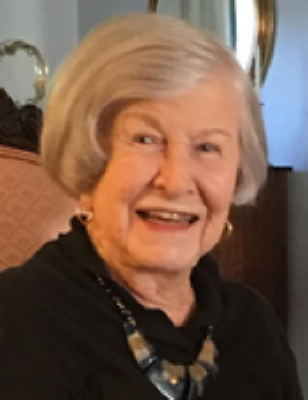 Look inside to read what others
have shared
Family and friends are coming together online to create a special keepsake. Every memory left on the online obituary will be automatically included in the book.

Family and friends are coming together online to create a special keepsake. Every memory left on the online obituary will be automatically included in the book.

You can still show your support by sending flowers directly to the family, or by planting a memorial tree in the memory of Eleanor Ruth (Padgett) Landers
SHARE OBITUARY
© 2023 Penland Family Funeral Home. All Rights Reserved. Funeral Home website by CFS & TA | Terms of Use | Privacy Policy | Accessibility