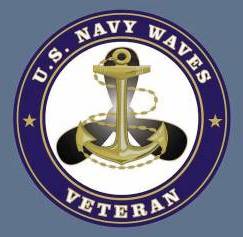 Elizabeth Ross Miller DuMez, age 103, of Asheville, NC, passed away on Sunday, November 1, 2020 at Deerfield Retirement Community in Asheville. She was born on August 8, 1917 in Lancaster, PA to the late Charles Lichty Miller who passed away in 1950 and Josephine Ross Miller who passed away in 1987. Elizabeth attended the Shippen School in Lancaster, PA, then graduated from The Baldwin School in 1935 and then Vassar College in 1939. She then joined the Navy and served from 1943-1945 as a Lieutenant in WAVES (Women Accepted for Volunteer Emergency Service).

Elizabeth was a much admired sixth grade English teacher, retiring in 1980. She and her husband Dick moved from Niskayuna, NY to Asheville in 1982. They were members of the Unitarian Universalist Congregation of Asheville. Elizabeth was very active in everything she did, especially with her family and friends. She was a part of many committees, including committees at church and at Deerfield. She was also a guardian at litem and an assistant at a kindergarten in Asheville. As Elizabeth said, "Volunteering is a part of my family ethic."

Along with her parents, Elizabeth was also preceded in death by her beloved husband, Richard A. DuMez; two sisters, Barbara and Ann; and two brothers, Edward and Charles. She is survived by her sons, Richard A. DuMez Jr. (Kimberley Quirk) of Enfield, NH and Robert I. DuMez (Viki DuMez) of Kenosha, WI; six grandchildren; eight great grandchildren; four nieces; and three nephews.

Due to the COVID pandemic, no memorial service will be held at this time. A celebration of Elizabeth's life will be held at a future date. In lieu of flowers, the family respectfully requests that memorial donations be made to Habitat for Humanity at 33 Meadow Rd, Asheville, NC 28803.

Elizabeth's sons, Bob and Dick, wish to thank the wonderful staff, doctors and nurses at Deerfield. They especially thank Kathy Butler and Barbara Eldridge for their many years of friendship and caring for Elizabeth.

Penland Family Funeral Home is honored to be caring for the DuMez Family and assisting them with arrangements.

To send flowers to the family or plant a tree in memory of Elizabeth Ross (Miller) DuMez, please visit our floral store.

Family to do services at later date