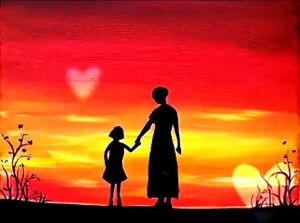 The daughter of Caroline and Winchester Coker, Mary Carol grew up in rural areas of Georgia and Kentucky, but spent most of her adult life in Charlotte. In the late 1960s, she and her husband, George, were propelled by the Civil Rights Movement—and by their Christian faith—to work toward racial justice and reconciliation. Their first step was to join Seigle Avenue Presbyterian Church, located across the street from the Piedmont Courts public housing development, which had just begun to integrate. Over nearly four decades, Mary Carol became what one friend called “the beating heart of Seigle Avenue.” She ran boys’ and girls’ clubs, directed the church’s after- school program, played piano and sang in the choir, and helped found two long-running initiatives: a weekly Wednesday evening Bible- study and recreational time for children in Piedmont Courts; and a Prison Mission group, whose members corresponded with, and advocated for, men from the community who were incarcerated. All this, while raising three children of her own.

Mary Carol went about her work with genuine humility, and without need for recognition. She provided wise counsel, a shoulder to cry on, a welcoming smile, a warm embrace, a place to stay, or a freshly baked pound cake (delivered in her little red truck) to countless children, teens, and adults over the years. Many have said she was like a “second mother” to them, and she had a gift for making those in her presence feel seen and heard. Yet she was quick to point out that the relationships she formed were reciprocal: “I have gotten much more from my time at Seigle Avenue,” she often said, “than I have ever given.”

In recent years, Mary Carol developed Alzheimer’s, and the disease took a sharp turn for the worse in the final year of her life. A few days before she died, a doctor asked her a series of basic memory questions, none of which she could answer. But when the doctor asked, “How many children do you have,” her response came quickly. “Fifty,” she said. It was, to be sure, an understatement.

Memorial services will be held on July 10, 2021 at 3:30pm at First Christian Church, Black Mountain and on July 24, 2021 at 2pm at Caldwell Presbyterian Church, Charlotte.

In lieu of flowers, George, Greg, Lynn, and Kirk request that donations be made to Caldwell Presbyterian Church, 4-H (Home Affordable Housing Initiative) or Memory Care of Asheville.

Our deepest gratitude goes to the staff at Givens Highland Farms, especially the kind and compassionate Home Care staff.

Penland Family Funeral Home is honored to be caring for the Michie Family.

To send flowers to the family or plant a tree in memory of Mary Carol (Coker) Michie, please visit our floral store.